Contemporary definitions of corruption (and, by contrast, of “good government”) arguably take much of their current shape in the Progressive Era reforms of the late nineteenth and early twentieth centuries, which sought to battle “corruption” in at least two forms: First, there was the quasi-legal category of corruption, which conveys a sense of procedural norms being violated. Second, the term was used to describe the impurity of non-Anglo Saxon blood, which is “corrupted” by the presence of undesirable genetic and racial traits.1Christine Rosen, Preaching Eugenics: Religious Leaders and the American Eugenics Movement. Oxford: Oxford University Press, 2004. To a contemporary reader, these usages may seem distinct, an etymological artifact with no lingering connection. Yet a closer look at the usage of these terms in the Progressive Era reveals that these two senses of “corruption” have a historical tie. The impurity of non-Anglo Saxon blood was linked by some reformers to the kinds of social and political behaviors that they attacked as “corrupt.” If political and social corruption was a major target of Progressive Era reformers, then it was genetic corruption that began increasingly to claim their attention in the 1920s and 30s. As historian Christine Rosen notes, some reformers saw eugenics as of a piece with other reform efforts because of the ways in which it tackled a root cause of social ills, rather than just the symptoms.2Christine Rosen, Preaching Eugenics: Religious Leaders and the American Eugenics Movement. Oxford: Oxford University Press, 2004. The root cause of political and social corruption, at least some of the time, was corrupted blood.

Industrialization, urbanization and immigration changed the face of the United States in the years after the American Civil War. The jobs available in urban areas, especially in the North, drew not only immigrants, but also domestic migrants from the South, both black and white.  The changes wrought by the war became constitutive of the new U.S.: industrial, immigrant, urban. But the rapid growth of cities and industry led to tensions between various immigrant groups, between new immigrants and native-born whites, and between industry and the new laboring class—all of whom were coexisting in rapidly growing urban centers.3Saidiya V. Hartman, Wayward Lives: Intimate Stories of Social Upheaval. New York: Norton, 2019.

Progressive Era reformers were a diverse group with differing priorities and a variety of campaigns. It included early socialists as well as brahmins motivated by a sense of noblesse oblige. It had some roots in the social gospel (in white as well as black churches) as well more secular manifestations. My purpose, then, is to draw our one thread that implicates a variety of reforms efforts in a particular, Anglo-Saxonist discourse of “corruption,” not argue that the Progressive Era reforms were all determined by Anglo Saxon norms.4Kelly Brown Douglas has argued that Anglo-Saxon and Protestant chauvinism can be traced to the English reformers, who saw the purification of the English church from popery and from Norman culture as being closely related projects. See Kelly Brown Douglas, Stand Your Ground: Black Bodies and the Justice of God (Maryknoll, NY: Orbis, 2015), chs. 1-2. Some reformers devoted their attention to efforts to restrain the abuses of large social institutions. They led efforts to regulate and ultimately break up trusts like Standard Oil. This is the era of activism for women’s suffrage and for direct popular election of U.S. senators.

But good-government reforms also edged into attacking institutions that gave power to newer immigrants. Attacks on urban political machines, in particular, could have a racial character. There is no doubt that these machines operated though coercion and sometimes outright violence. So-called “corrupt” urban regimes like those of Pendergast in Kansas City or Tammany Hall in New York operated on systems of bribes and kickbacks, patronage and pressure.5Gaustad, Edwin S. and Mark A. Noll, eds. A Documentary History of Religion in America to 1877. 3d ed.(Grand Rapids, MI: William B. Eerdmans Publishing Company, 2003, 234. But such political machines were also a route into participation in American public life for newer immigrants who might otherwise not have had access to political or economic power. Like labor unions, such machines could function as solidarity organizations, if perhaps (also like labor unions) ones not totally free of internal power politics, patronage, and violence. But those political machines were also sources of economic and political power for communities of newer immigrants, mostly Catholic and mostly from Southern and Eastern Europe, who otherwise had access to neither. Such immigrants were not yet routinely considered white, and their presence and power presented a challenge to the Anglo Saxon political establishment that was both disgusted by their culture and threatened by their power.

Some effort to dismantle these machines were frontal attacks: Key members of Tammany were prosecuted for violating bribery laws. But other attacks were subtler, and mixed genuine efforts at good-government reform with effort to diminish the power of immigrant communities. Civil-service laws, which protected civil servants from political influence and reduced the number and power of political appointees, were aimed in part at reducing the power of urban political machines. Many of the key figures of the movement for women’s suffrage were also temperance activists; those speaking out for quality-of-life among women recognized the degree to which women were put in physical and economic danger not only by lacking the franchise but also by the lack of protection from husbands and fathers that, in their view, the use of alcohol caused. Men who spent their time and money at the beer hall were not spending it on their families who—barring major changes in normative family structures of the kind we are just now seeing—depended on them.6Gaustad, Edwin S. and Mark A. Noll, eds. A Documentary History of Religion in America to 1877, 42.

Yet attacks on the tavern as a site of drinking were also attacks on a physical site where a political machine’s operators would ask for and distribute favors. For some reformers, this meant that bars were not just sites of drinking (objectionable enough in itself). They were also a distraction from a proper Victorian home life, a gathering place for young single laborers, and a site of political organizing among immigrants whose status as “white” was still in the works.7Gaustad, Edwin S. and Mark A. Noll, eds. A Documentary History of Religion in America to 1877, 48.

To the extent that individual persuasion and legal prohibition did not succeed at bringing the immigrant masses into compliance with Anglo-Saxon, Protestant norms of good government, temperance, and family life, a slightly later group of reformers would continue that tradition—not depart from it—by pursuing eugenics as a means to save the city from undesirable persons. This is the second cultural valence of “corruption”—the way in which the social and political corruptions some reformers saw as endemic to new, mostly Catholic immigrants became linked firmly to biology.

The Immigration Act of 1924 limited the number of immigrants allowed entry into the United States by lowering the quota of immigrants of each nationality. It also recalibrated the calculation of the quota to increase the allowable number of British nationals, and completely excluded immigrants from Asia.8The text of the Immigration Act of 1924 can be accessed at http://library.uwb.edu/Static/USimmigration/43%20stat%20153.pdf. Advocates of these immigration restrictions focused on the danger that non-white blood would corrupt the social and political culture of the United States. The immoral behavior of urban immigrants (specifically sexual immorality and the use of alcohol) was cited by advocates as evidence of the need for immigration restrictions.9Baynton, Douglas C. (2016). Defectives in the Land: Disability and Immigration in the Age of Eugenics. Chicago; London: The University of Chicago Press. p. 45.

At the same time, reformers turned to more aggressive measures to regulate the presence of “corrupted blood.” Churches were asked to advocate for laws restricting marriages in order to prevent “undesirable”—that is, mixed or non-Anglo Saxon—offspring. Even where such laws did not pass, some churches did so voluntarily. (Roman Catholic churches, jealously guarding their authority over the sacrament of marriage, tended to be the exceptions.) The judicial system turned to forced sterilization on the theory that future criminality could be prevented if criminals did not reproduce. As historian Christine Rosen argues, at least some of the time, eugenics was an effort at long-term social reform meant to solve many of the same problems that other reformers had sought to solve.

The afterlife of this eugenicist meaning of  “corruption” survives in the complex, racially inflected cultural valence of that term. In a society where the ideal of colorblindness is often praised, such plausible deniability about racist assumptions can be perpetuated in such obliquely racialized categories. The cultural valence of “corruption” operates in a way somewhat analogous to “terrorism”: Anyone can commit an act of terrorism, but the image of a “terrorist” is assumed in much U.S. media to be Middle Eastern and Muslim. “Terrorist,” then, has a cultural weight which both perpetuates stereotypes about Middle Eastern and Muslim people but can be used without directly making claims about race and religion. Pay attention: “Corruption” still tends to be used in contemporary media predominantly to describe non-white people. Yes, anyone can commit acts of corruption—but only certain kinds of societies are thought to tend toward corruption and those tend to be Latin American, African, or Eastern European. Corruption of the body politic and corruption of the body remain more connected than they might seem. 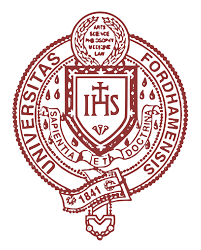